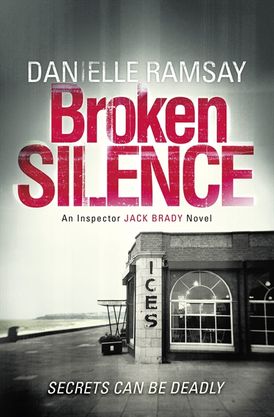 Early one morning in the seaside resort of Whitley Bay, the lifeless body of a young girl, Sophie Washington, is found brutally murdered – her face mutilated beyond recognition.

Back on active duty after being shot, DI Jack Brady is struggling to deal with his marriage break-up. His problems intensify when his friend and colleague DI James Matthews reveals that he was with the victim on the night of her murder.

Brady's loyal deputy, DS Harry Conrad and police psychologist, Amelia Jenkins are assigned with him to crack the case. But as Brady delves deeper into Sophie's life he discovers a far from rosy picture.

Brady must ask some tough questions if he is to get at the truth. Questions not only about Sophie, but also about himself – and what he finds out isn’t going to be pretty.

A hard-hitting thriller that will engross fans of Peter James and Val McDermid.

Danielle Ramsay is a proud Scot living in a small seaside town in the North-East of England. Always a storyteller, it was only after initially following an academic career lecturing in literature that she found her place in life and began to write creatively full-time. After much hard graft her work was short-listed for the CWA Debut Dagger in 2009. Always on the go, always passionate in what she is doing, Danielle fills her days with horse-riding, running and murder by proxy.

Other Works by Danielle Ramsay