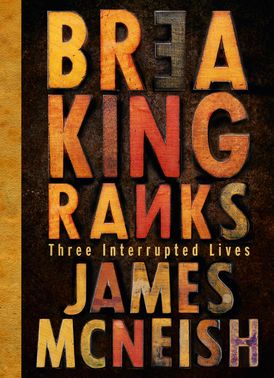 Three distinct stories about three distinct men, but with one thing in common - they all paid the price for standing up for what they believed.

From a great writer, three great stories about conscience and consequence.

This is the story of three men - a doctor, a soldier and a judge. They are men of rare achievement. The doctor has the gift of saving others but not himself. The soldier disobeys orders and abandons his command post in a bid to die with his men. The judge cares more to uphold a principle than save himself from ruin.

All three defy convention in a way that exacts a price.

The first two, Dr John Saxby and Brigadier Reginald Miles, destroy themselves. The death of the judge, Peter Mahon, is hastened by his stand for truth and justice on behalf of the victims of New Zealand's worst air disaster.

"New Zealand seems to have the knack of neutralising those who try to foist moral greatness on their countrymen," James McNeish writes.

In Breaking Ranks, the author celebrates three brave men whose guiding spirit - subversion? anarchy? - challenges our assumptions of what it is to be a good New Zealander.

Other Works by James McNeish