Leighton Smith Beyond the Microphone 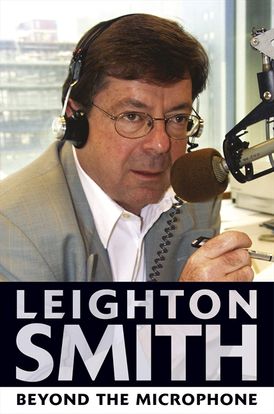 Leighton Smith Beyond the Microphone

Like his talk show, this autobiography delivers more than the everyday - it's honest, informative and insightful - and is in Leighton's trademark style. For nearly 30 years, one voice has dominated the airwaves of New Zealand morning radio, sometimes infuriating his audience but always challenging it to embrace the concepts of individual responsibility, high standards and opinion based on sound knowledge.Now, for the first time, the previously private Leighton Smith unveils the person behind the impeccable voice and the conservative views: the religious upbringing; the less than stunning school years; the endless search for a career path; the personal traumas behind four marriages; and how he dealt with cancer.Here, too, we meet the influential figures who have helped shape the telling messages Leighton delivers to his audience each day, the political leaders he's jousted with over the years and the reasoning behind his stances on the pressing issues of his radio years; not to mention his astounding flirtation with horse racing, which led directly to his entry into wine-growing.It's all covered in this fascinating picture of the man who won not only the inaugural Best talk Host award in 1982 but also the most recent Best talkback Host of 2013 at the New Zealand Radio Awards.

Leighton Smith is an Australian-born talkback radio host based in Auckland, New Zealand. He is on air Monday to Friday, between 8.30 a.m. and midday NZST on foreign-owned media conglomerate Newstalk ZB. https://www.facebook.com/leightonsmithshow

Other Works by Leighton Smith

Girl Alone: Joss came home from school to discover her father’s death. Angry and hurting, she’s out of control.

The Sermon on the Mount Gift Edition

Don't Fence Me In