A Youth Not Wasted 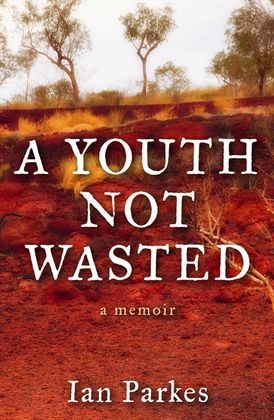 A Youth Not Wasted

'People who truly live in the outback listen to it. What they hear, I do not know ... What the country says is beyond words.'
'How can mere red dirt and stones and scrubby trees and shrubs and rises and falls in the land and haze and a vast blue sky be so potent? Such was its power, even in intense heat, even at night - sometimes, especially at night - the landscape seized you ... In the early 1950s, Australia was riding on the sheep's back and no-one doubted the wisdom of making a life in the wool industry, certainly not sixteen-year-old Ian Parkes. Having grown up with his grandfather's stories about the bush, he was eager to earn his way on sheep stations in the Australian outback. But he had no idea that the country would creep inside him and take root. tough yet tender, funny one moment, poignant the next, this is the story of a life lived on the land and for the land. It was a time when a young lad starting out might work side-by-side with Aboriginal stockmen, when a big social event was a day at the races, followed by a game of two-up. And a time when a young man might discover a love of books, camped out under the stars.

Born in Perth in 1934, Ian Parkes left home at 16 to work as a jackeroo on a merino stud in South Australia. He spent a year on a remote property near Broken Hill before returning to WA, where he worked on sheep stations from Carnarvon to Meekatharra. At 21, after a life-threatening illness, he made the difficult decision to leave the bush to pursue his dreams of becoming a writer. He worked as a copywriter at 6IX in Perth and wrote radio talks for the ABC before starting his own advertising agency which became Parkes Clemenger, the biggest in WA. However, the bush still calls him back regularly. This is his first book.

Other Works by Ian Parkes