Ken Taylor, the CIA and the Iran Hostage Crisis 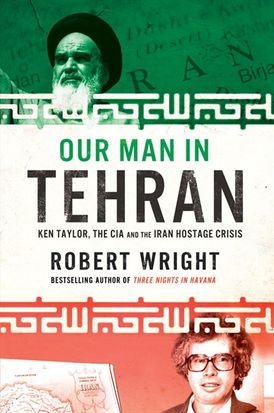 Ken Taylor, the CIA and the Iran Hostage Crisis

The world watched with fear in November 1979, when Iranian students infiltrated and occupied the American embassy in Tehran. As the city exploded in a fury of revolution, few knew about the six American embassy staff who escaped into hiding. For three months, Ken Taylor, the Canadian ambassador to Iran—along with his wife and embassy staffers—concealed the Americans in their homes, terrified that Ayatollah Khomeini would find out and exact deadly consequences.

January 28, 2010, marks the 30th anniversary of an event that stunned the world, when Ken Taylor masterminded the exfiltration of the six diplomats from Tehran. Americans were held in thrall as Ted Koppel updated the nation on the fate of its hostages and the Canadians orchestrated an intrepid escape. Americans celebrated in the streets across the nation, raising banners that read “Thank you, Canada!”

In Our Man in Tehran, Robert Wright, author of the award-winning national bestseller Three Nights in Havana, tells the story behind a major historical flashpoint, a story of cloak-and-dagger intrigue, the stuff of John le Carré and Frederick Forsyth made real.

“In this fascinating account of spycraft and compassion, Wright puts newly unclassified documents to excellent use. . . . An absorbing story of genuine heroism and suspense.” - Publishers Weekly (starred review)

“Thrilling . . . a well-constructed history of a remarkable story, the repercussions of which are still felt today.” - Kirkus Reviews

“Our Man in Tehran not only adds much new detail to the Canadian role, but tells for the first time of Taylor’s contributions as a surrogate CIA ‘liaison officer’ . . . An amazing story, skillfully told.” - CIA Intelligence Officer’s Bookshelf

“Our Man in Tehran reads like a Cold War thriller, and Wright is scrupulously fair in his portrayal of Iranians and their motives. . . . an invaluable history lesson.” - Hooman Majd, author of The Ayatollah Begs to Differ and The Ayatollahs’ Democracy

“Policy makers as well as students of history will find much to reflect on here. . . . Detailed and riveting insight into the difference a few good men and women can make.” - Ryan Crocker, former US ambassador to Pakistan and Iraq and U.S. envoy to Afghanistan 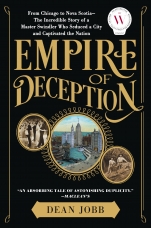