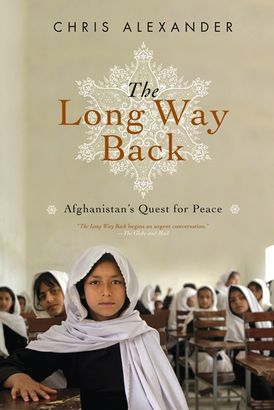 Christopher Alexander was sent to Afghanistan in 2003, charged with supporting the NATO-led International Security Assistance Force, part of the global response to 9/11. Primarily covering the years 2001 to 2011, The Long Way Back tells the story of the historic achievements and bitter disappointments encountered on the road to political stability in Afghanistan.

But this is much more than a first-hand account of recent events: it is a clear-eyed take on what has been achieved, the triumphs and failings of Afghans and foreigners alike, and why the country is still mired in conflict. Alexander guides us through the intricacies of the cross-border insurgency—showing that Pakistan continues the campaign begun under the British frontier policy and scaled up by the U.S. for jihad against the Soviets. With Alexander’s direct access to and experience with the country’s leaders, the international players and ordinary Afghan citizens, a unique portrait of Afghanistan is revealed and an argument is made for what it will take for the country to achieve a lasting peace.

Other Works by Christopher Alexander