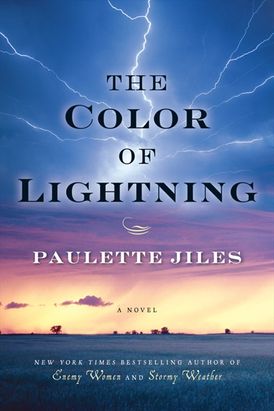 At the end of the Civil War, Britt Johnson, a freed black man, travels with his family from Kentucky to start a new life in Texas. But this wild country holds dangers of its own. When his wife and children are captured during an Indian raid, Britt vows to bring them home or die trying. But his determination and courage quickly land him in the thick of a battle he wants no part of -- the struggle between the U.S. government and the Kiowa and Comanche tribes, whose land, freedom and culture are threatened.

Paulette Jiles, winner of the Canadian Authors Association Award, the Governor General’s Award and the Rogers Writers’ Trust Fiction Prize, returns with a story that is grounded in history but that echoes the classic myths. Powerful and nuanced, by turns as beautiful and unforgiving as the frontier itself, The Colour of Lightning is an ambitious and striking novel that confirms Jiles as one of Canada’s finest writers. 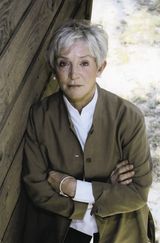 Paulette Jiles is a novelist, poet, and memoirist. She is the author of Cousins, a memoir, and the novels Enemy Women, Stormy Weather, The Color of Lightning, Lighthouse Island, and News of the World, which was a finalist for the 2016 National Book Award. She lives on a ranch near San Antonio, Texas.

Other Works by Paulette Jiles

News of the World Movie Tie-in

The Color of Lightning

The Color of Lightning