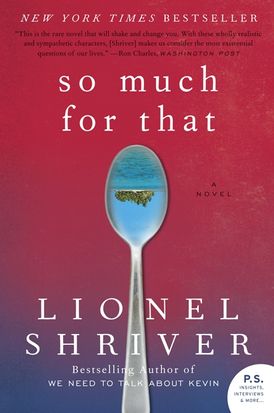 Shep Knacker has long saved for "The Afterlife", an idyllic retreat to the bargain-basement Third World where his nest egg can last forever. Traffic jams on the Brooklyn-Queens Expressway will be replaced with "talking, thinking, seeing and being" -- and enough sleep. When he sells his home-repair business for a cool $1 million, his dream finally seems within reach. Yet his wife, Glynis, has concocted endless excuses as to why it's never the right time to go. Weary of working as a peon for the company he founded, Shep announces that he's headed for a bucolic Tanzanian island, with or without her.

Just returned from a doctor's appointment, Glynis has some news of her own: Shep can't go anywhere because she desperately needs his health insurance. But their policy only partially covers the staggering bills for her treatments, and Shep's nest egg for The Afterlife soon cracks under the strain.

Enriched with three other medical subplots that also explore the human costs of the American health care system, So Much for That follows the profound transformation of a marriage in which grave illness proves an unexpected opportunity for tenderness and renewed intimacy.