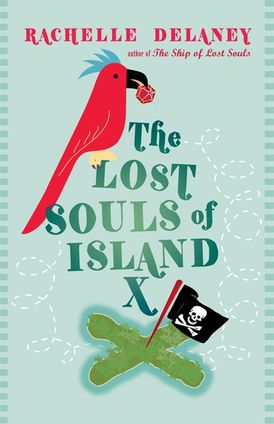 After beating the pirates to Island X and its treasures, Scarlet and Jem and the rest of the Lost Souls have now settled on the island. While Uncle Finn wanders the island in search of rare plants, Jem tries to construct tree houses, and Scarlet deals with her newfound ability to channel the feelings of the island’s animals. But everything is thrown into disarray when the Dread Pirate Captain Wallace Hammerstein-Jones and his crew, including the traitor Lucas Lawrence, come back to the island. Things get even more worrisome when a troop of King’s Men appear—led by Scarlet’s father!

Can they keep the pirates from the rubies and prevent the King’s Men from plundering the island’s treasures? The Lost Souls have to use all their wits—along with help from some surprising island inhabitants—to keep Island X safe.

RACHELLE DELANEY lives in Vancouver, BC, where she works as a freelance writer, editor and creative writing teacher. The Lost Souls of Island X is the follow-up to her first novel, The Ship of Lost Souls, which won the Canadian Authors Association/BookLand Press Emerging Writer Award and was shortlisted for the Sheila A. Egoff Children’s Literature Prize, the Chocolate Lily Book Award and the Red Cedar Book Award. Visit her online at www.rachelledelaney.com.

Other Works by Rachelle Delaney