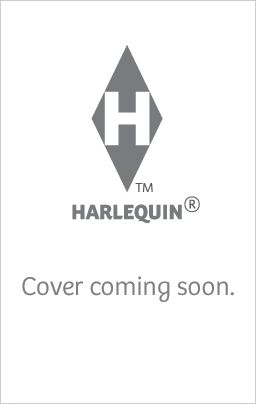 Her world-altering secret can’t be hidden much longer.

Elloren Gardner hides the most powerful secret in all Erthia – she is the Black Witch of Prophecy, and destined to triumph...or be used as the ultimate weapon of destruction.

Separated from everyone she loves, isolated and hunted, Elloren must turn to the last person she can trust – her fastmate, Commander Lukas Grey. With the Mage forces of Gardneria poised to conquer all of Erthia, Elloren has no choice but to ally with Lukas and combine their power to keep herself out of the hands of Gardnerian leader Marcus Vogel...the holder of the all-consuming Shadow Wand.

With just weeks to train to become a warrior, and no control over her magic, Elloren finds unexpected allies among those under orders to kill her. It’s time to step up. To fight back. And to forge onward through the most devastating loss yet.

“This briskly paced, tightly plotted novel enacts the transformative power of education, creating engaging characters set in a rich alternative universe with a complicated history that can help us better understand our own. A massive page-turner that leaves readers longing for more.” —Kirkus, starred review“Forest uses a richly-imagined magical world to offer an uncompromising condemnation of prejudice and injustice…With strong feminist messages, lively secondary characters, and an especially nasty rival (imagine a female Draco Malfoy), fans of Harry Potter and Tamora Pierce will gobble down the 600-plus pages and demand the sequel.” —Booklist, starred review“Exquisite character work, an elaborate mythology, and a spectacularly rendered universe make this a noteworthy debut, which argues passionately against fascism and xenophobia…the thrilling conclusion will leave readers eager for the next book in this series.” —Publishers Weekly, starred review“We fell under the spell of this rich, diverse, Potter-worthy university world! Characters that come alive off the page, tangled relationships, swoon-worthy romance! Love the fresh way this also tackles prejudice. Prepare to fangirl!” —Justine magazine“I absolutely loved The Black Witch and will have a very hard time waiting for the second book! Maximum suspense, unusual magic—a whole new, thrilling approach to fantasy!” —Tamora Pierce, #1 New York Times bestselling author“The Black Witch is a refreshing, powerful young adult fantasy. This strong debut offers an uncompromising glimpse of world-altering politics amplified by a magical setting in which prejudice and discrimination cut both ways.” —Robin Hobb, New York Times bestselling author -