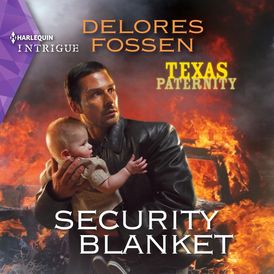 Texas P.I. Quinn "Lucky" Bacelli had finally tracked down Marin Sheppard, a woman he was certain knew more about her missing criminal brother than she was letting on. And Lucky wasn't the only one with that suspicion. Someone was willing to kill Marin and her son to get information. After coming to the rescue of the beautiful single mother and her baby boy, Lucky learned about her dangerous past and offered a pretend engagement. But as the connection between Marin's child and a ruthless killer was revealed, the case became frighteningly more real than any he'd ever taken. And standing in as fiancé and father had left Lucky with everything to lose….

USA Today bestselling author, Delores Fossen, has sold over 70 novels with millions of copies of her books in print worldwide. She's received the Booksellers' Best Award, the Romantic Times Reviewers' Choice Award and was a finalist for the prestigious Rita ®. In addition, she's had nearly a hundred short stories and articles published in national magazines. You can contact the author through her webpage at www.deloresfossen.com

Other Works by Delores Fossen

No Getting Over a Cowboy