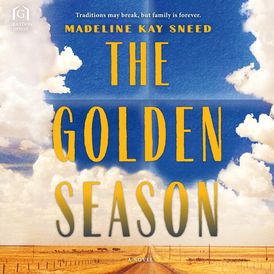 How do you love a place that doesn’t love you back?

Emmy Quinn is West Texas through and through: her roots run deep in the sleepy small town of Steinbeck, where God sees all and football is king. She loves her community, but she knows that when she comes out as a lesbian, she may not be able to call Steinbeck—which is steeped in the Southern Baptist tradition—home anymore.

After a disastrous conversation with her dad, Emmy meets Cameron, a charismatic, whip-smart grad student from Massachusetts who hates everything Texas. But Texas is in Emmy's blood. Can she build a future with a woman who can't accept the things that make Emmy who she is?

Steve Quinn has just been offered his dream job as head coach of the struggling high school football team, the Steinbeck 'Stangs. The board thinks he can win them a state championship for the first time—but they tell him he can’t accept the position if he's got any skeletons in his closet. Steve is still wrestling with Emmy's coming-out: he loves his daughter, but he’s a man of faith, raised in the Baptist community. How can God ask him to choose between his dreams and his own daughter?

This lush, gorgeously written debut is a love letter to the places we call home and asks how we grapple with a complicated love for people and places that might not love us back—at least, not for who we really are. The Golden Season is a powerful examination of faith, queerness and the deep-seated bonds of family, and heralds the arrival of a striking new voice in fiction.

Madeline Kay Sneed was born and raised in Houston, Texas, a city she dearly loves, despite its sports franchises so often breaking her heart. She received her BA in English literature from Baylor University and her MFA in fiction from Emerson College. She frequently writes about the intersection of queerness and faith, an obsession of hers. When she's not doing that, Madeline loves spending time outside with her friends and family in Texas.

Other Works by Madeline Kay Sneed