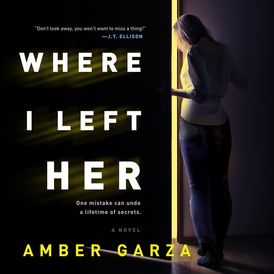 "In this high-tension domestic drama, nothing is as it seems. Don’t look away, you won’t want to miss a thing!” —J.T. Ellison, USA TODAY bestselling author of Her Dark Lies

"Garza establishes herself once again as a master of domestic suspense . . . a pitch-perfect thriller.” —Mindy Mejia, bestselling author of Everything You Want Me To Be

Whitney had some misgivings when she dropped her increasingly moody teenage daughter, Amelia, off at Lauren’s house. She’d never met the parents, and usually she’d go in, but Amelia clearly wasn’t going to let something so humiliating happen, so instead Whitney waved to her daughter before pulling away from the little house with the roses in front.