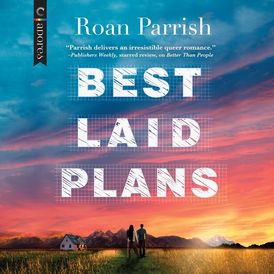 A man who’s been moving his whole life finally finds a reason to stay put.

Charlie Matheson has spent his life taking care of things. When his parents died two days before his eighteenth birthday, he took care of his younger brother, even though that meant putting his own dreams on hold. He took care of his father’s hardware store, building it into something known several towns over. He took care of the cat he found in the woods…so now he has a cat.

When a stranger with epic tattoos and a glare to match starts coming into Matheson’s Hardware, buying things seemingly at random and lugging them off in a car so beat-up Charlie feels bad for it, his instinct is to help. When the man comes in for the fifth time in a week, Charlie can’t resist intervening.

Rye Janssen has spent his life breaking things. Promises. His parents’ hearts. Leases. He isn’t used to people wanting to put things back together—not the crumbling house he just inherited, not his future and certainly not him. But the longer he stays in Garnet Run, the more he can see himself belonging there. And the more time he spends with Charlie, the more he can see himself falling asleep in Charlie’s arms…and waking up in them.

Other Works by Roan Parrish

The Rivals of Casper Road

The Lights on Knockbridge Lane