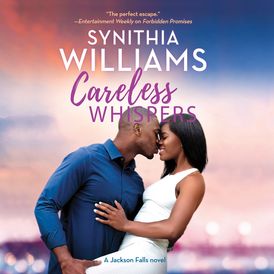 Elaina Robidoux knows how people view her: coldhearted, ambitious, ruthless. But it doesn’t matter. Running the family business is all she’s ever wanted and she’s so close she can almost taste it…until her father fires her and hires her nemesis—arrogant, unflappable Alex Tyson. Elaina may be hurt but she refuses to be defeated, so she throws herself into creating a business of her own. But she never dreamed that to close her first deal, she’d need Alex’s help…

Alex understands the power of a family legacy better than most and the last thing he wanted was to take that from Elaina. Her beauty and fierce strength are undeniable, but there’s a softer side that no one but him seems to see. She’s been taught that emotions are a liability, yet one impulsive kiss starts a chain reaction that neither of them wants to stop. But can love ignite—and survive—when secrets and loyalties collide?

“Politics, passion, and family drama combine to make a deliciously soapy second-chance, brother’s-best-friend romance. Readers of Alisha Rai’s Forbidden Hearts series or Reese Ryan’s Engaging the Enemy will be tantalized and surprised by the many twists and turns.” —Library Journal on Forbidden Promises

Synithia Williams has loved romance novels since reading her first one at the age of 13. It was only natural that she would one day write her own romance. When she isn’t writing, Synithia works on water quality issues in the Midlands of South Carolina while taking care of her supportive husband and two sons. You can learn more about Synithia by visiting her website, www.synithiawilliams.com.

Other Works by Synithia Williams

The Two Lives of Sara

This Time for Keeps