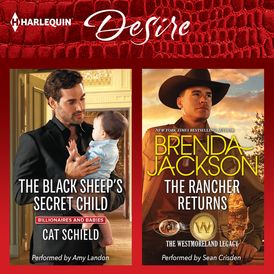 A second chance with her son's secret father!

Trent is fiercely proud of making his own fortune, despite his controlling father. And he's always believed his brother got the girl who should have been Trent's. Now he'll have the family business, and his brother's widow in the bargain. But will their romantic reunion be waylaid by Savannah's shocking baby secret?

Returning from active duty to find his ranch being dug up by a beautiful stranger isn't the homecoming navy SEAL Gavin Blake expected. Layla Harris is convinced there's buried treasure on his land. But the only treasure this wealthy rancher wants to uncover is the professor's secret desires! When Layla unearths family secretsand mysterious threatshe vows to do whatever it takes to protect her. Even as her revelations change everything

Cat Schield lives in Minnesota with her daughter, their opiniated Burmese cats and a silly Doberman puppy. Winner of the Romance Writers of America 2010 Golden Heart® for series contemporary romance, when she's not writing sexy, romantic stories for Harlequin Desire, she can be found sailing with friends on the St. Croix River or in more exotic locales like the Caribbean and Europe. You can find out more about her books at www.catschield.net.