Phoenix in My Fortune 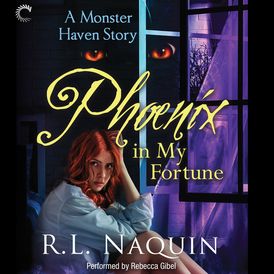 Phoenix in My Fortune

When Zoey Donovan found out monsters are real, her life changedmostly for the better. Since then, she's fought bad guys, saved the world a time or two and earned the love of a growing family of humans and Hidden creatures alike. But the danger that's chased her from the beginning is finally here.

Shadow Man, aka The Last Hidden, has stepped out of the story humans wrote for him and into the real world, hell-bent on stealing children. Fiction has become reality and Shadow Man intends to break the Covenant, reclaim the Hidden, and kill all Aegises along the waytriple bad news for Zoey and her mother, the only two Aegises still alive.

Zoey will have to rescue the stolen kids and hunt down the most terrifying villain humanity has ever imagined. But how can she fight a creature only invented a few years ago? If Shadow Man triumphs, the world as she knows it will end. If Zoey succeeds in driving him out, the people she loves the most may be lost to her forever.

She believes in pixie dust, the power of love, good cheese, lucky socks and putting things off until the last minute. Her home is Disneyland, despite her current location in Kansas. Rachel has one husband, two grown kids and a crazy-catlady starter kit.

Other Works by R.L. Naquin