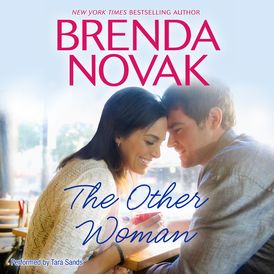 Elizabeth O'Connell has survived one of the worst betrayals a wife can imagine. Finding out that she wasn't the only woman in her husband's life meant the end of her marriage and a year of personal hell. Now she's focusing on her new business and raising her two kids.

Carter Hudson isn't part of her plan. When he's introduced to Liz by well-meaning friends, her dislike is instant. But as she spends time with him, Liz realizes she likes having Carter in her lifemore than likes it. However, Carter has secrets in his past that he can't seem to escape, secrets that apparently involve a woman. Liz is sure of one thingshe'll never be "the other woman" again!

A Home of Her Own

A HUSBAND OF HER OWN

A Family of Her Own

A BABY OF HER OWN

Summer on the Island