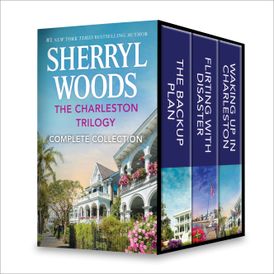 It’s finally time for Dinah Davis to go home. The world-weary correspondent wants to settle down with the sweet guy she left behind in South Carolina’s Low Country. Instead, she’s confronted by his black-sheep brother, and—despite her longing for serenity—sparks fly.

There’s a fine line between desire and disaster. At least, that’s what improper Southern belle Maggie Forsythe thinks when she’s unceremoniously dumped by a fiancé even her mother approved of. Maggie has never cared what anyone thinks, so why is she hiding away from her South Carolina Low Country home?

WAKING UP IN CHARLESTON

The moment Amanda defied her rich and powerful father to marry Bobby O’Leary, Big Max disowned her. Even now, with Bobby dead and Amanda mired in debt, he refuses to forgive her. Caleb, the new man in Amanda’s life, is determined to mend fences between father and daughter. He also has a far more personal mission—to make Amanda and her family his own.

With her roots firmly planted in the South, Sherryl Woods has written many of her more than 100 books in that distinctive setting, whether in her home state of Virginia, her adopted state, Florida, or her much-adored South Carolina. Sherryl is best known for her ability to creating endearing small town communities and families. She is the New York Times and USA Today bestselling author of over 75 romances for Silhouette Desire and Special Edition.

Other Works by Sherryl Woods

Not at Eight, Darling

The Cowboy and the New Year's Baby

Dylan and the Baby Doctor