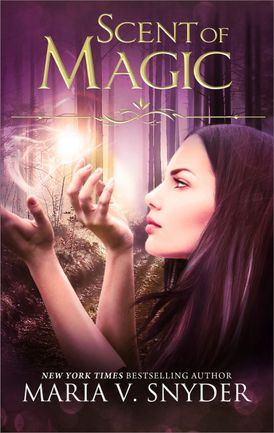 As the last Healer in the Fifteen Realms, Avry of Kazan is in a unique position: in the minds of friends and foes alike, she no longer exists. Despite her need to prevent the megalomaniacal King Tohon from winning control of the Realms, Avry is also determined to find her sister and repair their estrangement. And she must do it alone, as Kerrick, her partner and sole confidant, returns to Alga to summon his country into battle.

Though she should be in hiding, Avry will do whatever she can to support Tohon’s opponents. Including infiltrating a holy army, evading magic sniffers, teaching forest skills to soldiers and figuring out how to stop Tohon’s most horrible creations yet: an army of the walking dead—human and animal alike and nearly impossible to defeat.

War is coming and Avry is alone. Unless she figures out how to do the impossible…again.

"Filled with Snyder's trademark sarcastic humor, fast-paced action and creepy villainy, Touch of Power is a spellbinding romantic adventure that will leave readers salivating for the next book in the series."-USA TODAY

"The descriptions are vivid and draw you into the rugged journey across the mountains. You'll want to follow their voyage into the next book."-RT Book Reviews on Touch of Power

"This is one of those rare books that will keep readers dreaming long after they've read it."-Publishers Weekly, starred review, on Poison Study