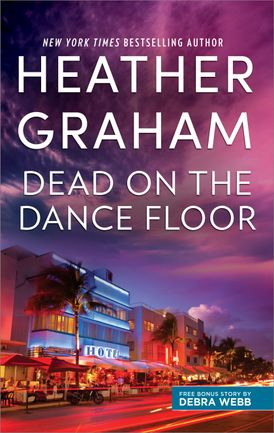 Get swept up in this fun and fast-paced classic romantic suspense from New York Times bestselling author Heather Graham.

Accomplished dancer Lara Trudeau drops dead of a heart attack brought on by a lethal combination of booze and pills. To former private investigator Quinn O’Casey, it’s a simple case of death by misadventure. But when his brother Doug, a Miami-Dade patrolman, asks for help, he can’t refuse. Especially when he learns that Lara and Doug—a student at the Moonlight Sonata dance studio where Lara occasionally taught—were having an affair. And despite Quinn’s lack of interest in the case and even less in dancing, experience has taught him not to count on the obvious when it comes to murder. Going undercover as a dance student, Quinn meets studio manager Shannon Mackay, a beautiful, graceful woman who has left world-class competition to teach. He also uncovers some disturbing facts. Everyone there had a reason to hate Lara Trudeau, a woman as ruthless as she was...

Lacy, Cassidy, Kira and Melinda are friends bound by a deadly secret. One of them is a killer. At least that’s what each one suspects. Ten years ago, Melinda’s abusive husband, Charles Ashland, was murdered. The gun was Lacy’s. But it didn’t matter. Together, the women disposed of the body, which has never been found—until now. Will they pay the price for their vow of silence?

DEBRA WEBB is the award winning, USA Today bestselling author of more than 150 novels, including reader favorites the Faces of Evil, the Colby Agency, and the Shades of Death series. With more than four million books sold in numerous languages and countries, Debra's love of storytelling goes back to her childhood on a farm in Alabama. Visit Debra at www.DebraWebb.com or write to her at PO Box 176, Madison, AL 35758.

Other Works by Debra Webb