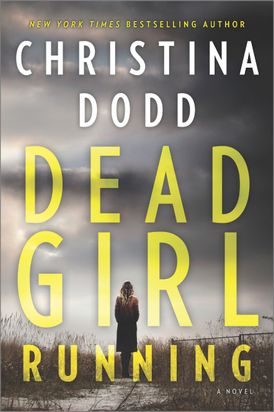 I have three confessions to make:

1. I’ve got the scar of gunshot on my forehead.

2. I don’t remember an entire year of my life.

3. My name is Kellen Adams…and that’s half a lie.

Girl running…from a year she can’t remember, from a husband she prays is dead, from homelessness and fear. Tough, capable Kellen Adams takes a job as assistant manager of a remote vacation resort on the North Pacific Coast. There amid the towering storms and the lashing waves, she hopes to find sanctuary. But when she discovers a woman’s dead and mutilated body, she’s soon trying to keep her own secrets while investigating first one murder…then another.

Now every guest and employee is a suspect. Every friendly face a mask. Every kind word a lie. Kellen’s driven to defend her job, her friends and the place she’s come to call home. Yet she wonders—with the scar of a gunshot on her forehead and amnesia that leaves her unsure of her own past—could the killer be staring her in the face?

"No one does high-stakes, high-voltage suspense quite like Dodd, and her latest flawlessly written novel is another guaranteed keep-the-lights-on-late read. From the unforgettable heroine with a past to the incisively etched cast of secondary characters to the brilliantly imaginative plot, Dodd is at her most wildly entertaining, wickedly witty best." -Booklist (starred review)

"Books To Read If You Love Nora Roberts."-Bookbub

"Two emotionally damaged characters find hope, self-forgiveness, and love in this exquisitely crafted, modern version of Gaslight that hooks readers and keeps them mesmerized until the end. A chilling and gripping tale, beautifully done." -Library Journal (starred review) on Because I'm Watching

"Romantic suspense favorite Dodd heads back to Virtue Falls for another smart, dramatic mystery that will keep readers flipping pages until the very end, with unexpected twists, psychological tension, and emotional depth."-Kirkus Reviews (starred review) on Because I'm Watching

"Scary, sexy, and smartly written, Because I'm Watching is Dodd at the top of her game." -Booklist (starred review, 2016 Booklist Best of Romance)

"Readers are in for a real treat...This incredible author offers up many twists and turns which will sound something like an Alfred Hitchcock narrative, as the two main characters are caught up in a world of oddities, creepiness and revenge." -Suspense Magazine on Because I'm Watching

What Doesn't Kill Her

Families and Other Enemies