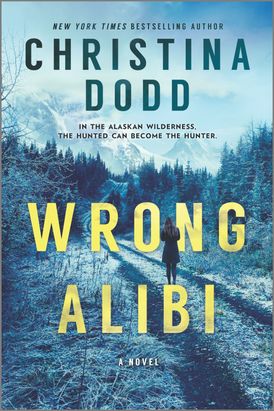 WRONG JOB
Eighteen-year-old Evelyn Jones lands a job in small-town Alaska, working for a man in his isolated mountain home. But her bright hopes for the future are shattered when Donald White disappears, leaving her to face charges of theft, embezzlement—and a brutal double murder. Her protestations of innocence count for nothing. Convicted, she faces life in prison…until fate sends her on the run.

WRONG NAME
Evie's escape leaves her scarred and in hiding, isolated from her family, working under an alias at a wilderness camp. Bent on justice, intent on recovering her life, she searches for the killer who slaughters without remorse.

WRONG ALIBI
At last, the day comes. Donald White has returned. Evie emerges from hiding; the fugitive becomes the hunter. But in her mind, she hears the whisper of other forces at work. Now Evelyn must untangle the threads of evidence before she’s once again found with blood on her hands: the blood of her own family…

“This is Dodd at her brilliant best.”
—Booklist (starred review) on Strangers She Knows

Perfect for fans of Lisa Jewell, Karin Slaughter and Sandra Brown and will have readers keeping the lights on all night.

"If Lisa Jewell, Ruth Ware and Lucy Foley are on your Mount Rushmore of suspense writers, Dodd's latest release definitely needs a spot on your shelf."—E! News

"No one does high-stakes, high-voltage suspense quite like Dodd."—Booklist (starred review)

"Books To Read If You Love Nora Roberts."—Bookbub

"Action-packed, littered with dead bodies, and brimming with heartfelt emotion, this edgy thriller keeps the tension high."—Library Journal starred review for What Doesn't Kill Her

Tough-as-nails Evelyn Jones knows exactly what it is like to be an invisible woman. After her former employer, Donald White, frames her for murder, Evie is headed for a lifetime behind bars until something unexpected happens and she is able to flee. Reinventing herself as Petie, the effective yet enigmatic manager of the remotely located Midnight Sun Fishing Camp, she spends the next decade living under the radar. When Evie learns that White has resurfaced in Alaska, she decides that it's time to settle an old score. As far as Evie is concerned, the best thing about being invisible is that your enemy never sees you coming. Dodd (Strangers She Knows, 2019) ingeniously transforms her initially TSTL (Too Stupid to Live) protagonist into a formidable purveyor of vengeance, all while delivering a twist-rich, page-turning plot that is enhanced by a generous serving of deliciously dry wit. As with all her fiendishly clever suspense novels, Dodd’s latest should come with a warning label: may cause sleeplessness even after the reader reaches the last page.
— Booklist Starred Review
- 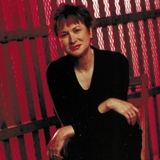 Families and Other Enemies & Hard to Kill & Hidden Truths

What Doesn't Kill Her

Families and Other Enemies