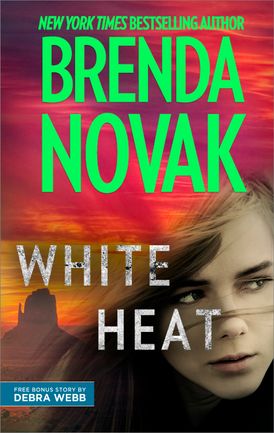 “Novak expertly blends romantic thrills, suspenseful chills, and realistically complicated characters together in a white-knuckle read that is certain to keep readers riveted to the last page.”—Booklist

A dangerous cult has recently taken over the desert ghost town of Paradise, Arizona. Members worship at the feet—and in the bed—of its charismatic leader, Ethan Wycliff, and obey his orders blindly. They’ve already tried to murder one woman and they’re implicated in the disappearance of another.

Nate Ferrentino, who works for private security contractor Department 6, has been assigned to infiltrate this group. It’s a challenge he welcomes—until he learns that colleague Rachel Jessop will be going undercover with him. Thanks to their shared history, he’d much rather go alone….

The problem is, only married couples can participate in cult rituals. So, like it or not—and they don’t—Rachel and Nate must pretend to be husband and wife. There’s no choice. Because if Wycliff isn’t exposed, if he isn’t stopped, more people will die. And Rachel might be one of them.

She’d heard his heart was as hard as his honed body and as cold as the steel of his gun. But the man called Sloan was Rachel Larson’s last hope. She had nowhere left to hide from her son’s father—a cold-blooded assassin, and Sloan’s deadliest enemy. So she would face this lone wolf in his lair and plead for his help....

Ex-agent Sloan lived only to take down the man who’d killed all he loved. Now a desperate, desirable woman offered him that chance on a silver platter. Vengeance was his—if he could keep Rachel and her son from invading the fortress around his heart....

DEBRA WEBB is the award winning, USA Today bestselling author of more than 150 novels, including reader favorites the Faces of Evil, the Colby Agency, and the Shades of Death series. With more than four million books sold in numerous languages and countries, Debra's love of storytelling goes back to her childhood on a farm in Alabama. Visit Debra at www.DebraWebb.com or write to her at PO Box 176, Madison, AL 35758.

Other Works by Debra Webb