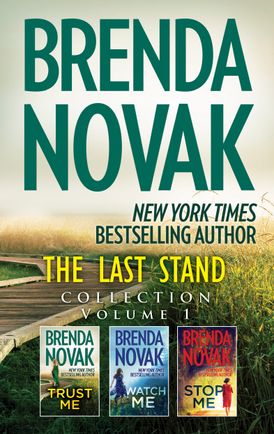 Four years ago, Skye Kellerman was attacked in her own bed. She managed to fend off her knife-wielding assailant, but the trauma changed everything about her life. But now, her would-be rapist is getting out of prison. Sacramento detective David Willis, who investigated her case, believes Burke is a clear and present danger--and now he’s is free to terrorize Skye again. Unless David can stop him. Unless Skye can fight back. Because Oliver Burke has every intention of finishing what he started…

Romain Fornier lost his reason for living when his daughter was kidnapped and murdered. He used a cop’s gun to mete out his own justice and spent the next few years in prison. After being freed, he learns that he might have killed the wrong man. Jasmine Stratford, a psychological profiler, is convinced the same killer kidnapped her sister sixteen years ago. She approaches Romain because she knows he can help her. But searching for the man who irrevocably changed both their lives means they have to rise to a killer’s challenge…

Teenagers Sheridan Kohl and Jason Wyatt were parked at the lake in Whiterock, Tennessee, when a stranger wearing a ski mask shot them both. Sheridan lived but Jason died—and the stranger was never caught. When Sheridan’s attacked a second time, it’s only because of Jason’s stepbrother, Cain Granger, that she survives. Cain knows that whoever killed his brother probably isn’t a stranger at all. But figuring out that person’s identity is easier said than done—especially since the killer seems to be taunting them both…