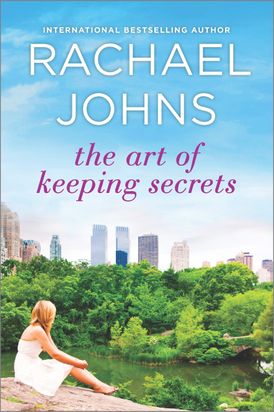 Some Secrets Weren’t Meant to Be Kept…

They started out as the “misfit moms”—the trio of less-than-conventional parents at their sons’ tiny private school. They’ve shared everything. Or so they thought. Now, on a once-in-a-lifetime trip to New York City, they’ll sightsee, they’ll shop, they’ll catch a few Broadway shows. They’ll tell all…

After seventeen years as a single parent, Neve will reveal a past sin that could destroy her relationship with her son. Emma will uncover the roots of her exhaustion and divulge the inappropriate feelings she has for her boss. And Flick—who knows a little about crafting a flawless exterior—will share the shocking truth that lies beneath the veneer of her perfect marriage.

When the tight hold they’ve each kept on their secrets for years begins to slip, they must face the truth. Even if the truth will forever alter the course of their friendship and their lives.

"The bond between Flick, Neve, and Emma blossomed as their sons grew up, but even best friends keep secrets from one another... Fans of emotional, issue driven women's fiction will welcome Johns' U.S. women's fiction debut." -Booklist

"A compelling and poignant story of dark secrets and turbulent relationships... The characters are funny and flawed and filled with the kind of raw vulnerability that makes your heart ache for them." -Nicola Moriarty, bestselling author of THE FIFTH LETTER

"Written with compassion and real insight, THE ART OF KEEPING SECRETS peeks inside the lives of three ordinary women and the surprising secrets they live with. Utterly absorbing and wonderfully written, Johns explores what secrets can do to a relationship, and pulls apart the notion that some secrets are best kept. It is that gripping novel that, once started, will not allow you to do anything else until the final secret has been revealed." -Sally Hepworth, bestselling author of THE SECRETS OF MIDWIVES -

Rachael Johns, an English teacher by trade and a mum 24/7, is the bestselling ABIA-winning author of The Patterson Girls and a number of other romance and women's fiction books including The Art of Keeping Secrets, The Greatest Gift and Lost Without You. She is currently Australia's leading writer of contemporary relationship stories around women's issues, a genre she has coined ‘life-lit'. Rachael lives in the Perth hills with her hyperactive husband, three mostly gorgeous heroes-in-training and a very badly behaved dog. She rarely sleeps and never irons.

Other Works by Rachael Johns

The Next Season (Novella)

Something to Talk About (Rose Hill, #2)

The Art Of Keeping Secrets