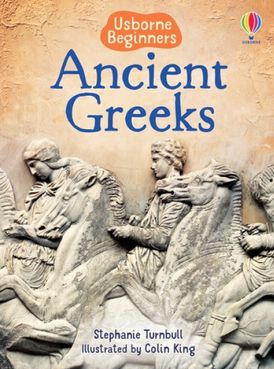 A guide for beginner readers to Ancient Greece and the lives of its citizens. Find out how far the Greek Empire spread, how it was governed, what people wore, ate and did for fun, learn about some of the most famous philosophers, mathematicians and medics of the age and about how the Empire declined. The UK National History Curriculum for key stage two states that children should study 'Ancient Greece - a study of Greek life and achievements and their influence on the western world'. Part of the Usborne Beginners series, which introduces children to a diverse range of non-fiction topics including trains, volcanoes, bears, astronomy, the Aztecs, wolves, ships and living in space. A new edition, now featuring a photographic cover - previously published as ISBN 9780746074855.

Other Works by TURNBULL STEPHANIE