My Mother, A Serial Killer 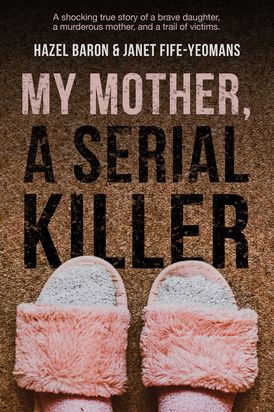 My Mother, A Serial Killer

A gripping and shocking story of a serial killer mother, and the brave daughter who brought her to justice. Dulcie Bodsworth was the unlikeliest serial killer. She was loved everywhere she went, and the townsfolk of Wilcannia, which she called home in the late 1950s, thought of her as kindand caring. The officers at the local police station found Dulcie witty and charming, and looked forward to the scones and cakes she generously baked and delivered for their morning tea.That was one side of her. Only her daughter Hazel saw the real Dulcie. And what she saw terrified her.Dulcie was in fact a cold, calculating killer who, by 1958, had put three men in their graves - one of them the father of her four children, Ted Baron - in one of the most infamous periods of the state's history. She would have got away with it all had it not been for Hazel.Written by award-winning journalist Janet Fife-Yeomans together with Hazel Baron, My Mother, A Serial Killer is both an evocative insight into the harshness of life on the fringes of Australian society in the 1950s, and a chilling story of a murderous mother and the courageous daughter who testified against her and put her in jail.

Hazel Baron lives in country New South Wales with her husband Bill, the man she married to get away from her mother. They have four children, six grandchildren and have fostered 100 children.

Janet Fife-Yeomans is an award-winning journalist, currently the chief reporter with The Daily Telegraph. She got to know Hazel Baron while writing this story for the newspaper, which was splashed across the front page in April 2016. The more she spoke to Hazel, the more she knew it would make a sensational book. She has written or co-written seven earlier books, including the story of former NSW State Coroner Derrick Hand and a biography of Heath Ledger. She won a Davitt Award for Killing Jodie.

Other Works by Janet Fife-Yeomans