The Book Of Roads And Kingdoms 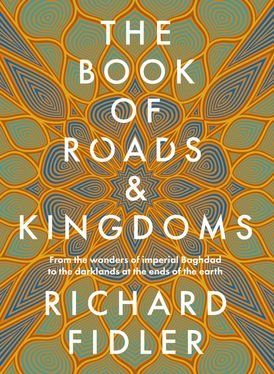 The Book Of Roads And Kingdoms

A lost imperial city, full of wonder and marvels. An empire that was the largest the world had ever seen, established with astonishing speed. A people obsessed with travel, knowledge and adventure.

When Richard Fidler came across the account of Ibn Fadlan - a tenth-century Arab diplomat who travelled all the way from Baghdad to the cold riverlands of modern-day Russia - he was struck by how modern his voice was, like that of a twenty-first century time-traveller dropped into a medieval wilderness. On further investigation, Fidler discovered this was just one of countless reports from Arab and Persian travellers of their adventures in medieval China, India, Africa and Byzantium. Put together, he saw these stories formed a crazy quilt picture of a lost world.

The Book of Roads & Kingdoms is the story of the medieval wanderers who travelled out to the edges of the known world during Islam's fabled Golden Age; an era when the caliphs of Baghdad presided over a dominion greater than the Roman Empire at its peak, stretching from North Africa to India. Imperial Baghdad, founded as the 'City of Peace', quickly became the biggest and richest metropolis in the world. Standing atop one of the city's four gates, its founder proclaimed: Here is the Tigris River, and nothing stands between it and China.

In a flourishing culture of science, literature and philosophy, the citizens of Baghdad were fascinated by the world and everything in it. Inspired by their Prophet's commandment to seek knowledge all over the world, these traders, diplomats, soldiers and scientists left behind the cosmopolitan pleasures of Baghdad to venture by camel, horse and boat into the unknown. Those who returned from these distant foreign lands wrote accounts of their adventures, both realistic and fantastical - tales of wonder and horror and delight.

Fidler expertly weaves together these beautiful and thrilling pictures of a dazzling lost world with the story of an empire's rise and utterly devastating fall.

'...thanks to the stylish cleverness of an exceptionally curious and talented man, we can feast on what strange magic the city brought - and still brings today - to the world beyond. I am speechless with admiration. - Simon Winchester

'Fidler's story leaves its readers with a sense of faith in the renewing, illumination, social powers of historical narrative.' - Sydney Morning Herald

Praise for The Golden Maze

'The times, the places and the people are vibrant, arresting and breathing ... This is the magic and power of this work.' - Favel Parrett, The Age

Writer-broadcaster Richard Fidler is the author of the bestselling books The Golden Maze and Ghost Empire, and co-author of the bestselling Saga Land with Kári Gíslason. Fidler presents 'Conversations', an in-depth, up-close-and-personal interview program. 'Conversations' is broadcast across Australia on ABC Radio and podcast all over the world to millions of listeners.

Other Works by Richard Fidler