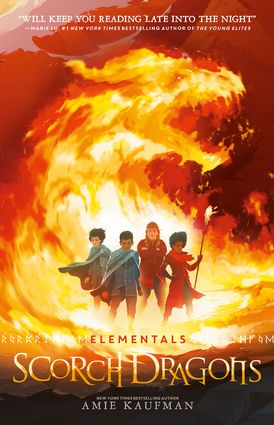 After the fateful battle between the ice wolves and scorch dragons, Anders and his twin sister, Rayna, have been reunited. But there's no time for celebrating. Anders and his wolf friend Lisabet are hiding away in the mountains of Drekhelm under the watchful eye of the dragon high council. They are perceived as threats, and only the leader of the dragons can keep them safe.

Then the temperature in Drekhelm starts to drop throughout Vallen, threatening the lives of the Scorch Dragons. Suddenly, the dragons suspect that the two young wolves are spies for their old pack-that they helped them steal a weather-altering artifact called the Snowstone. The artifact puts everyone including Anders' twin sister, Rayna, in terrible danger.

Desperate to broker peace, Anders enlists the help of a few new flame-breathing friends to stop the wolves' next plan of attack. Together, these former rivals must go on a perilous journey to find the scattered pieces of the Sun Scepter, the only artifact that can counteract the Snowstone. Because if either device goes unchecked, all hope for a truce will be lost.

New York Times bestselling author Amie Kaufman delivers the thrilling second installment in this epic middle-grade fantasy series about a world where powerful magical shapeshifters are locked in a conflict that has spanned generations.

'I found a satisfying fantasy world like none I have read before - one in which dragons and wolves take human form and have magical powers.

One of the strengths of this book is the exploration of the idea that truth is a matter of perspective - that there are two (or more) sides to every story. There is no clear enemy, the conflict arises from the tension between the dragons and the wolves, and the reader can empathise with both sides, even though many of the adults in the story cannot ... This is a great book for middle-grade readers 8-12.' - Reading Time

'Engaging to the end' -- Books+Publishing

'you'll wind up on the edge of your seat, unable to put it down.' -- NYT bestseller Meagan Spooner 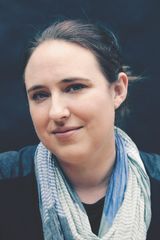 Amie Kaufman is a New York Times and internationally bestselling author of young adult fiction. Her multi-award winning work is slated for publication in over 30 countries, and has been described as "a game-changer" (Shelf Awareness), "stylistically mesmerising" (Publishers Weekly) and "out-of-this-world awesome" (Kirkus). Her series include The Illuminae Files, The Aurora Cycle, the Other Side of the Sky duology, The Starbound Trilogy, the Unearthed duology and The ElementalsTrilogy. Her work is in development for film and TV, and has taken home multiple Aurealis Awards, an ABIA, a Gold Inky, made multiple best-of lists and been shortlisted for the Prime Minister's Literary Awards. Raised in Australia and occasionally Ireland, Amie has degrees in history, literature, law and conflict resolution, and is currently undertaking a PhD in Creative Writing. She lives in Melbourne with her husband, daughter and rescue dog, and an extremely large personal library.

Other Works by Amie Kaufman

Rebellion of the Lost (The World Between Blinks, #2)

The World Between Blinks