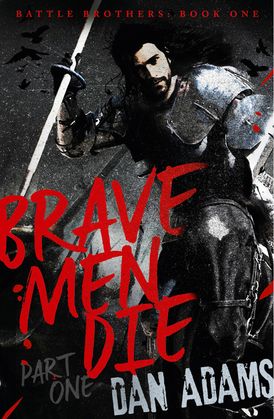 Castor and Pollux Fallon are members of the Buckthorne military, and have been since their mother handed the unruly little bastards into the care of the Baron after their father's death.
When the Kyzantine Empire attacks the Murukan outposts in the Callisto Mountains, the brothers answer the call to war. Behind the front-line battle scenes are brutal assassinations, political backstabbing and the re-emergence of a dark power long thought eradicated from the land. The conflict escalates, all the while forcing each brother to make another difficult decision between sacrifice and duty until the day that the toll is unbearable ... and there is only one type of sacrifice left.

Dan Adams is a Sydney-based writer. When he’s not penning kick ass war stories, he’s working on his guns - the arm variety, rather than the weapons featured so prominently in his books. He loves slushies and always finds himself climbing too many stairs on Wednesdays. Follow him on Twitter at @DanAdamsWriter

Other Works by Dan Adams