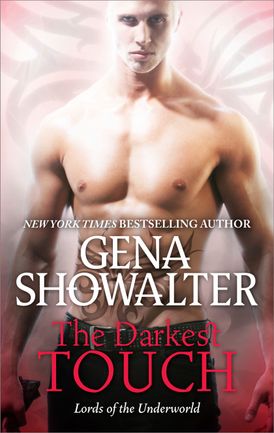 From New York Times bestselling author Gena Showalter comes the long-awaited story of Torin, the most dangerous Lord of the Underworld yet…

Fierce immortal warrior. Host to the demon of Disease. Torin’s every touch causes sickness and death—and a worldwide plague. Carnal pleasure is utterly forbidden, and though he has always overcome temptation with an iron will, his control is about to shatter.

She is Keeley Cael. The Red Queen. When the powerful beauty with shocking vulnerabilities escapes from a centuries-long imprisonment, the desire that simmers between her and Torin is scorching. His touch could mean her end, but resisting her is the hardest battle he’s ever fought—and the only battle he fears he can’t win.

"For fans of expertly written, gritty paranormal romance that is laced with hope, Showalter has just the book for you."-RT BookReviews on Burning Dawn

"Showalter does her magic with an intricately developed world, complex and intensive character arcs and dark, compelling paranormal themes. She releases that literary punch to the gut with excruciatingly detailed scenes that haunt the senses long after reading the pages."-USA Today on Wicked Nights

"The Lords of the Underworld series...keeps getting more satisfying. Sometimes with a long-running series, characters or storylines can run their course, but not with Showalter's talent. The chemistry has never been hotter and both the characters and the world they live in are beautifully detailed."-RT Book Reviews on The Darkest Craving

"One of Showalter's biggest strengths is her ability to create wounded characters who are riveting and intense, but who also hold out the hope of redemption."-RT Book Reviews on Beauty Awakened