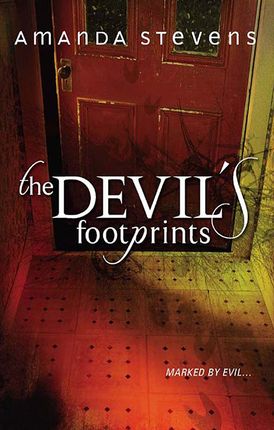 The footprints were etched in the snow for miles, passing through walls and crossing riversappearing on the other side as though no barrier could stop them.

In 1922 a farmer in Adamant, Arkansas, awakes to a noise on his roof and finds his snow-blanketed yard marked with thousands of cloven footprints. The prints vanish with the melting snowonly to reappear seventy years later near the gruesome killing of Rachel DeLaune.

Years after her sister’s unsolved murder, New Orleans tattoo artist Sarah DeLaune is haunted by the mysteries of her past. Sarah has always believed that her sister was killed by a man named Ashe Cain. But no one else had ever seen Ashe. He had “appeared” to Sarah when she needed a friend the most, only to vanish on the night of her sister’s murder. The past bleeds into the present when two mutilated bodies are found near Sarah’s home, the crime scene desecrated by cloven footprints.