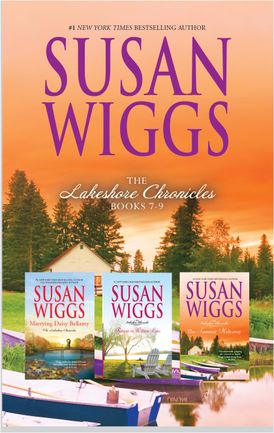 Escape to the tranquil shores of Willow Lake with #1 New York Times bestselling author Susan Wiggs in this collection of unforgettable tales from her beloved Lakeshore Chronicles series.

Private nurse and protected witness Claire Turner never gets attached, but her heart starts to soften when she begins caring for the elderly George Bellamy—and meets his grandson, Ross. In the face of wrenching loss, amid the enchantment of Willow Lake, Ross and Claire dare to risk everything for love.

Daisy Bellamy struggled for years to choose between two men—one honorable and steady, one wild and untethered. And then, one fateful day, the decision is made for her…until the man once lost to her reappears. Now the choice Daisy thought was behind her is the hardest one she'll ever face…

The pressure is on for Sam to find Sinclair's killer, but a new lead in her father's unsolved shooting puts her in unexpected danger. When long-buried secrets threaten to derail her relationship with Nick, Sam realizes that while justice is blind, mixing romance with politics has the potential to be fatal…

Lieutenant Sam Holland is back on the job. A woman has been found brutally murdered and evidence points to Henry Lightfeather, a senator and close friend of Nick's. While Sam investigates, Nick stands by his friend—complicating his own bid for reelection, and causing tension between the couple. As Sam's investigation reveals a scandal that rocks the capital, Nick and Sam discover that the biggest threat to their future might be someone from her past… 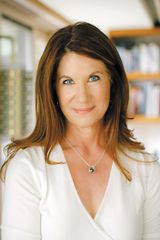 Susan Wiggs's life is all about family, friends…and fiction. She lives at the water's edge on an island in Puget Sound, and in good weather, she commutes to her writers' group in a 21-foot motorboat. She’s been featured in the national media, including NPR, PRI, and USA Today, has given programs for the US Embassies in Buenos Aires and Montevideo, and is a popular speaker locally, nationally, internationally, and on the high seas.

From the very start, her writings have illuminated the everyday dramas of ordinary people facing extraordinary circumstances. Her books celebrate the power of love, the timeless bonds of family and the fascinating nuances of human nature. Today, she is an international best-selling, award-winning author, with millions of copies of her books in print in numerous countries and languages. According to Publishers Weekly, Wiggs writes with "refreshingly honest emotion," and the Salem Statesman Journal adds that she is "one of our best observers of stories of the heart [who] knows how to capture emotion on virtually every page of every book." Booklist characterizes her books as "real and true and unforgettable."

Her novels have appeared in the #1 spot on the New York Times Bestseller List, and have captured readers’ hearts around the globe with translations into more than 20 languages and 30 countries. She is a three-time winner of the RITA Award,. Her recent novel, The Apple Orchard, is currently being made into a film, and The Lakeshore Chronicles has been optioned for adaptation into a series.

The author is a former teacher, a Harvard graduate, an avid hiker, an amateur photographer, a good skier and terrible golfer, yet her favorite form of exercise is curling up with a good book. She lives on an island in Puget Sound, where she divides her time between sleeping and waking.

Other Works by Susan Wiggs