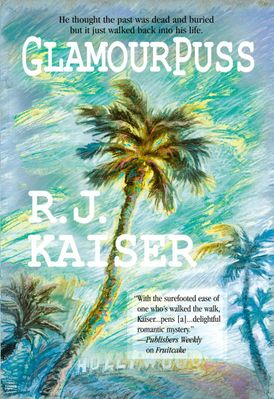 Glamour Puss Was Buried Under a Pool in Hollywood.

Mac McGowan knew exactly where Aubrey St. George was buried, because he'd put the famous film starknown to all of Hollywood as Glamour Pussthere himself. It had all been a terrible accident, but Mac was sleeping with Aubrey's wife, Stella, and both he and Stella had panicked. So they'd covered up their deed, buried Aubrey under the pool Mac was building for the star and come up with a story the police would buy.

But He Was About to Walk Right Back Into Mac McGowan's Life.

Twenty years later, Mac is a different manbut a man haunted by the one act that shaped his life. Now divorced from Stella, he is nonetheless tied to the failed actress by the secret they share and the crime they got away with. His life is not his own.

Then the carefully constructed veneer of the past starts to crack. Someone else knows his and Stella's secret, and they are intent on blackmailing Mac to keep the truth hidden. When it's clear that Mac's lifeand that of the sexy female P.I. he's hired to help himis in danger, Mac begins to wonder if they only way to survive is to expose the past he's tried so hard to keep hidden.

Other Works by R.J. Kaiser