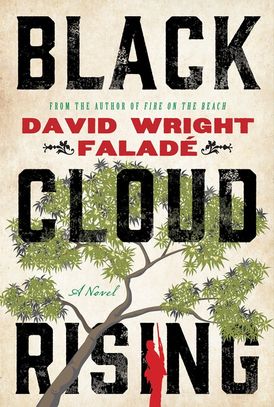 Set during the American Civil War, Black Cloud Rising is the powerful story of a man grappling with his own complicated history as he forges a future for himself—and his country. For readers of Edward P. Jones and Colson Whitehead

Told by Sgt. Richard Etheridge, the son of an enslaved woman and her former master, Black Cloud Rising is based on the true story of the African Brigade, an all-Black regiment led by General Edward Augustus Wild, a one-armed white abolitionist who terrorized the North Carolina countryside. Eager to prove his manhood and worth, but deeply conflicted about his own notions of Blackness and whiteness, Richard must navigate a world of violence and moral uncertainty, never knowing whether the shot that could end his life will be fired by his own white cousin, who has turned Confederate guerrilla, or his fellow soldier, the self-named Revere, who sneeringly sees through Richard’s racial self-doubt.

DAVID WRIGHT FALADÉ is a professor of English at the University of Illinois. He is the co-author of the young adult novel Away Running and the non-fiction book Fire on the Beach: Recovering the Lost Story of Richard Etheridge and the Pea Island Lifesavers. The recipient of the Zora Neale Hurston/Richard Wright Award, he has written for the New Yorker, the Southern Review, the Kenyon Review and the African American Review. The New York Public Library recently awarded him a fellowship at the Dorothy and Lewis B. Cullman Center for Scholars and Writers.

Other Works by David Wright Faladé