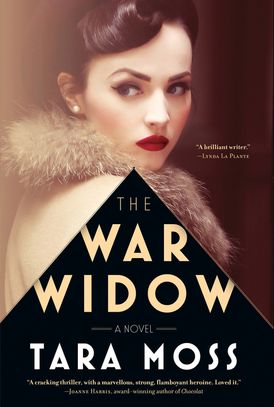 The war may be officially over, but journalist Billie Walker’s search for a missing young German immigrant plunges her right back into the danger and drama she thought she’d left behind in Europe. A thrilling tale of courage and secrets set in glamorous post-war Sydney.

Sydney, Australia, 1946. Though war correspondent Billie Walker is happy to finally be home, the heady post-war days are tarnished by the death of her father and the disappearance in Europe of her husband, Jack. To make matters worse, now that the war is over, the newspapers are sidelining her reporting talents to prioritize jobs for returning soldiers. But Billie is a survivor and she’s determined to take control of her own future. She reopens her late father’s business, a private investigation agency, and slowly, the women of Sydney come knocking.

At first, Billie’s bread and butter is tailing cheating husbands. Then a young man, the son of European immigrants, goes missing, and Billie finds herself on a dangerous new trail that will lead to the highest levels of Sydney society as well as the city’s underworld. What is the young man’s connection to an exclusive dance club and a high-class auction house? When the people she questions start to turn up dead, Billie is thrown into the path of Detective Inspector Hank Cooper. Will he take her seriously or just get in her way?

As the danger mounts and Billie realizes how much is at stake, it becomes clear that although the war was won, it is far from over.

"Tara Moss has created a streetwise, seductive and staunchly feminist sleuth who even darns her own stockings…[Billie Walker] is a former war correspondent, whose photojournalist husband is missing, presumed dead…The war might be over, but the novel is deeply interested in its wreckage."  - The Sun-Herald

"Enough page-turning suspense to keep you up reading far later than you intended!" - Peter James

"Her novels are completely gripping and entertaining from beginning to end." - Hugh Jackman 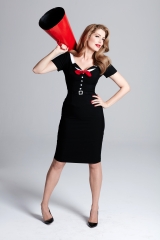 Tara Moss is the bestselling author of eleven books of fiction and non-fiction published in nineteen countries, a documentary maker and host, public speaker and outspoken advocate for human rights and women's rights. She is the writer of the popular Mak Vanderwall crime series, the Pandora English paranormal series, and the feminist memoir The Fictional Woman. She received an Edna Ryan award for making a feminist difference, inciting others to challenge the status quo. Tara currently lives in Vancouver with her husband and daughter. Visit her at taramoss.com.

Other Works by Tara Moss