On a trip to visit his older sister, who has moved away from the family home on the reserve to Salt Lake City, a young boy and his mother are posed a simple question with a not-so-simple answer. Are you Canadian, the border guards ask, or American?

And when border guards will not accept their citizenship, mother and son wind up trapped in an all-too-real limbo between nations that do not recognize who they are.

A powerful graphic-novel adaptation of one of Thomas King’s most celebrated short stories, Borders explores themes of identity and belonging, and is a poignant depiction of the significance of a nation’s physical borders from an Indigenous perspective. This timeless story is brought to vibrant, piercing life by the singular vision of artist Natasha Donovan.

"A simple yet powerful story . . . An important and accessible modern tale about the ongoing lack of recognition by colonizers for the Indigenous communities who continue to exist on their ancestral lands." — School Library Journal (starred review)

"The story highlights both the universal feelings of a family moving apart and a very specific Indigenous experience. . . . Brilliant." — Kirkus Reviews (starred review)

"In this sparsely worded, moving graphic novel . . . the team adeptly captures the dilemma of Native Nations whose homelands were split by political borders. This sobering yet inspiring tale effectively spotlights a Native woman who quietly demands that her voice be heard and her identity recognized." — Publishers Weekly (starred review)

Natsha Donovan is a self-taught illustrator from Vancouver, BC, with a focus on comics and children’s illustration. Her work has appeared in two anthologies: The Other Side, edited by Melanie Gillman and Kori Handwerker, and This Place, published by Portage & Main Press. She illustrated the award-winning children’s book The Sockeye Mother by Brett D. Huson and the graphic novel Surviving the City by Tasha Spillett. She has a degree in anthropology from the University of British Columbia and has worked in academic and magazine publishing. She currently lives in Bellingham, Washington. Natasha Donovan is a member of the Métis Nation of British Columbia.

Other Works by Natasha Donovan 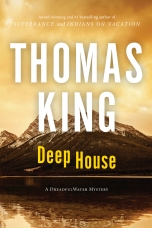 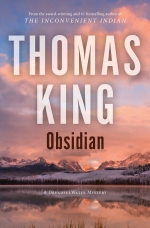