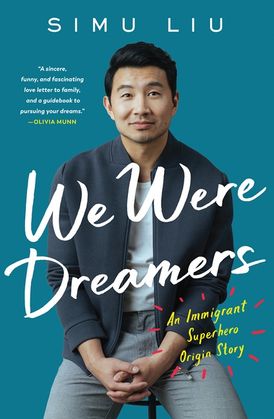 Marvel’s newest recruit shares his own inspiring and unexpected origin story, ranging from China to the bright lights of Hollywood. An immigrant who battled everything from parental expectations to cultural stereotypes, Simu Liu struggled to forge a path for himself, rising from the ashes of a failed accounting career (yes, you read that right) to become Shang-Chi.

Our story begins in the city of Harbin, where Simu’s parents have left him with his grandparents while they seek to build a future in Canada. One day, a mysterious stranger shows up; it’s Simu’s father, who whisks him away from the only home he has ever known to the land of opportunity and maple syrup.

Life in the new world, however, is not all that it was cracked up to be. Simu’s new guardians lack the gentle touch of his grandparents, resulting in harsh words and hurt feelings. His parents, on the other hand, find their new son emotionally distant and difficult to relate to. Although they are related by blood, they are separated by culture, language and values.

As Simu grows up, he plays the part of the ideal son well, getting A’s at school, crushing national math competitions and making his parents proud. But as time goes on, he grows increasingly disillusioned with the expectations placed on his shoulders, and finds it harder and harder to keep up the charade. Barely a year out of college, he hits rock bottom when he is laid off from his first job as an accountant. Unemployed, riddled with shame and with nothing left to lose, Simu sees an ad on Craigslist that will send him on a wildly unexpected journey into the mysterious world of show business. Through a swath of rejections and comical mishaps, Simu’s determination leads him to succeed as an actor and to open the door to reconciling with his parents.

We Were Dreamers is more than a celebrity memoir—it’s a story about growing up between cultures, finding your family and becoming the master of your own extraordinary circumstances.

“A sincere, funny, and fascinating love letter to family, and a guidebook to pursuing your dreams.” — Olivia Munn

“Don’t let Simu Liu fool you. On the outside you may see boyish good looks, talent, and a body made of tightly coiled muscle. But on the inside? It’s quite good-looking in there, too. Strong heart, beautiful ligaments, and a soul made of spun sugar. Also, he wrote this hilarious and heartfelt story about growing up, finding yourself, and seizing your moment.” — Ryan Reynolds

“Oh great, another underdog story of overachievement. Just what we needed.” — Ronny Chieng

"In this triumphant debut, Liu, star of Marvel’s Shang-Chi and the Legend of the Ten Rings, traces how he followed his immigrant dream' all the way to the big screen. . . .The book’s beating heart, however, lies in the affecting story of his family’s path to healing: 'My parents are beaming with pride at the son who has disobeyed practically every single order they had ever given.' This real-life hero’s journey is a knockout." — Publishers Weekly (starred review)

“Like your favourite superhero, within the first few pages, this book made me feel like I could do anything.”  — Shifter Magazine 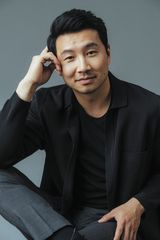 Other Works by Simu Liu