How the One-Armed Sister Sweeps Her House 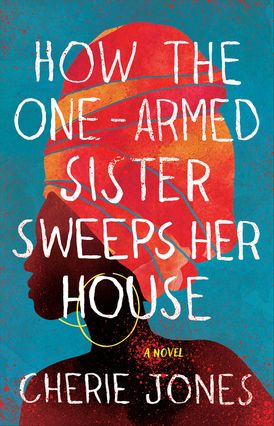 How the One-Armed Sister Sweeps Her House

In the tradition of Zadie Smith and Marlon James, a debut novel, set in Barbados, about four people confronting violence and love in a beachfront “paradise”

In Baxter’s Beach, Barbados, Lala’s grandmother Wilma tells the story of the one-armed sister, a cautionary tale about what happens to girls who disobey their mothers and go into the Baxter’s Tunnels. When she’s grown-up, Lala lives on the beach with her husband, Adan, a petty criminal with endless charisma whose thwarted burglary of one of the beach mansions sets off a chain of events with terrible consequences. A gunshot no one was meant to witness. A new mother whose baby is found lifeless on the beach. A woman torn between two worlds and incapacitated by grief. And two men, driven into the Tunnels by desperation and greed, who attempt a crime that may cost them their freedom—and their lives.

How the One-Armed Sister Sweeps Her House is an intimate and visceral portrayal of interconnected lives across race and class in a rapidly changing resort town, told by an astonishing new author of literary fiction.

One-Armed Sister is simply brilliant. By the first chapter, it burned into my heart. Ambitious, poetic, and layered with the rich voices of its many stunning characters, this terrific début novel by Cherie Jones opened my eyes to the many ways that her young Barbadian protagonist must fight for her life. One-Armed Sister will stay with me, and will seduce readers for decades. — Lawrence Hill, bestselling author of The Book of Negroes and The Illegal

“A hard-hitting and unflinching novel from a bold new writer who tackles head-on the brutal extremes of patriarchal abuse.” — Bernardine Evaristo, Booker Prize winning author of Girl, Woman, Other

“A gripping thriller, a symphony of voices and a novel of deep empathy” — Mark Haddon

“Cherie Jones’ How the One-Armed Sister Sweeps Her House is an intricately plotted allegory that explores the consequences of believing that you know better than the women who made you and charts the inheritance of trauma that is all too common in Caribbean women's lives. With rare compassion and deft storytelling, Jones renders a narrative that is haunting and unforgettable.”    — Naomi Jackson, author of The Star Side of Bird Hill

“This book unfolds around the reader like ripples in water, it offers an unflinching vision of what it means to have a body and to fight to protect that body, it demands attention. These are characters’ voices I will be hearing for a long time and a book I will be recommending to everyone.” — Daisy Johnson

"Here is a bright new star. Cherie Jones has talent abounding, drawing us with skill, delicacy and glorious style into a vortex of Bajan lives on the edge, clashing across class and colour divides. This is one of the strongest, most assured and heart-wrenching debuts I have ever read."    — Diana Evans, author of Ordinary People and 26a

"Jones writing style is so rich and visual. You can picture what is going on with each of the characters. The narrative and action is so real. There isn’t one wasted word or moment in the carefully edited story. Jones has a gift for writing – part stream of consciousness and part Maya Angelou shown in the simplicity of the language melded with the complexity of the situation. It is an empathetic thriller that shows the will to survive....It is one of the best debuts from a writer who isn’t afraid to tell a story that many writers wouldn’t.”  — DIVINE

“Dazzling....The storytelling is far from breathless, but it will leave you that way: The effect is of a horrific opera in which ugliness is inevitable, but no less gutting when it appears. And in this opera, there are no minor characters. Each one, carefully and vividly crafted, has a crucial part to play....The main culprit in this book is patriarchy itself, with its view of masculinity as narrow as the tunnels beneath Baxter’s village. It’s a masculinity so fragile, toxic and entitled that it would rather kill and die than endure a perceived insult.”  — New York Times Book Review

“Rare is the first book that reveals the writer fully formed, the muscles and sinews of her sentences firm and taut, the voice distinctly her own....But Cherie Jones’s lavish, cinematic debut, How the One-Armed Sister Sweeps Her House, rises to that high bar, its beguiling title a steppingstone into a Barbados that’s both Caribbean paradise and a crime-riddled underworld. The novel’s a stunner….Jones’s prose is supple, often luxuriant, but the structure of her novel is even more impressive as she bobs and weaves through the aftermath of two mysterious crimes....Here’s the launch of a stellar literary career.”  — Washington Post

"Were I not reviewing it, I might have tried to put it down – I say “tried”, because the book is intensely compelling…You are ensnared in a web with these characters and their trauma; their claustrophobia becomes your own. It’s a startling achievement. What shines through is a pitiless truth that stays with you long after the story ends" — The Guardian

CHERIE JONES was born in Barbados in 1974. She is a graduate of the MA program at Sheffield Hallam University and a past fellowship awardee of the Vermont Studio Center. Publication credits for her short fiction include PANK, Reflex Fiction, and The Feminist Wire.

Other Works by Cherie Jones