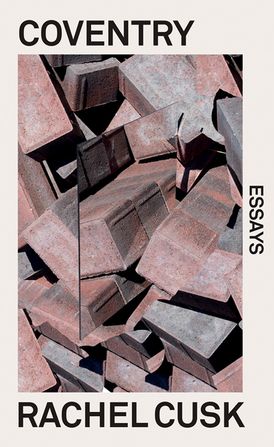 A selection of her non-fiction writings that offer both new insights on the themes at the heart of her fiction and forge a startling critical voice on some of our most personal, social and artistic questions.

Coventry encompasses memoir, cultural criticism and writing about literature, with pieces on family life, gender, politics, D.H. Lawrence, Francoise Sagan and Elena Ferrante. Named for an essay in Granta (“Every so often, for offences actual or hypothetical, my mother and father stop speaking to me. There’s a funny phrase for this phenomenon in England: it’s called being sent to Coventry”), this collection is pure Cusk and essential reading for our age: fearless, unrepentantly erudite and dazzling to behold.

“Quietly staggering and intellectually entrancing . . . [Cusk’s] writing is silvery and precise, navigated by elegant syntax that steers its speaker towards revelations of great depth . . . These novels are among the most important written in this century so far.” — The Globe and Mail

“[Transit’s] themes of transience and dislocation are contiguous with a broader conversation about the fluidity of identity resulting, in part, from an increasingly—and contentiously (see Brexit, Trump, etc.)—borderless planet.” — The Globe and Mail

“Cusk’s writing feels, exhilaratingly, unlike any other fiction being written.” — Toronto Star

“One of our most astute writers. . . . Cusk is very good at creating characters who seem fresh; they blossom under her pen. . . . This is part of what makes [Transit] so effective and smart.” — Quill & Quire (starred review)

“Brave and uncompromising. . . . A work of cut-glass brilliance.” — Financial Times

“Cusk is a master of sparse, exquisite prose. . . . [Outline] successfully conveys all of her admirable honesty in the safe harbour of fiction, and somehow delivers more human truths than most memoirs ever could.” — The Globe and Mail

“[A] lethally intelligent novel. . . . Spend much time with this novel and you’ll become convinced that [Cusk] is one of the smartest writers alive. ” — New York Times

“A stellar accomplishment.” — The Guardian