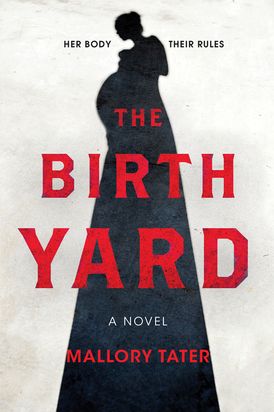 A debut novel for readers of The Handmaid’s Tale and The Girls, The Birth Yard is a gripping story of a young woman’s rebellion against the rules that control her body

Sable Ursu has just turned eighteen, which means she is ready to breed. Within the confines of her world, a patriarchal cult known as the Den, female fertility and sexuality are wholly controlled by Men. In the season they come of age, Sable and her friends Mamie and Dinah are each paired with a Match with the purpose of conceiving a child. Sable is paired with Ambrose, the son of a favoured Man in the Den. Others are not so lucky.

In their second trimester, girls are sent to the Birth Yard, where they are prepared for giving birth and motherhood, but are also regularly drugged and monitored by their midwives. Sable is unable to ignore her unease about the pills they are forced to swallow and the punishments they receive for stepping out of line. Too many of the girls, including Mamie and Dinah, have secrets and it is impossible to know whom to trust. When Sable’s loyalty is questioned and her safety within the Den is threatened, she must rebel against the only life she has ever known—the only life she has been designed for.

Mallory Tater weaves an intricate narrative, equal parts suspense and action, while twisting contemporary social anxieties to dizzying extremes. She meticulously deconstructs the intricate relationships between womanhood, government and the female body. A startling and important debut novel, The Birth Yard echoes Margaret Atwood’s dark and cautionary classic The Handmaid’s Tale. But this is no dystopian world; there is no totalitarian government. The Den exists now.

“With enough exquisite detail to draw a provocative landscape paired with fast-paced action, The Birth Yard had me up all night. Mallory Tater has built an intricate and devious world and then walked us directly into the middle of it. Thankfully, she has also given us the strong and conflicted Sable Ursu to walk us back out.”  — Cherie Dimaline, bestselling author of The Marrow Thieves and Empire of Wild

MALLORY TATER's poetry and fiction have been published in literary magazines across Canada and shortlisted for several awards. She was the 2016 recipient of CV2's Young Buck Poetry Prize. Tater's first book of poetry is This Will Be Good and she is the founder of Rahila's Ghost Press, which publishes limited-edition poetry chapbooks. Tater completed her MFA in creative writing at UBC and lives in Vancouver with her husband. The Birth Yard is her first novel.

Other Works by Mallory Tater