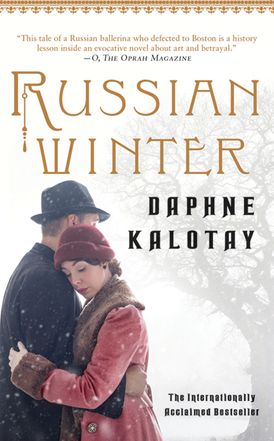 In present-day Boston, Nina Revskaya, once a great star of the Russian ballet, has decided to auction her jewellery collection and donate the proceeds to the Boston Ballet Foundation. It is a mysterious gesture that has piqued the interest of two particular individuals: a rising associate director at the auction house, Drew Brooks, who seeks to unravel the provenance of the pieces; and a professor and Russian translator at the nearby university, Grigori Solodin, who believes the jewels might hold the key to his past.

The stakes are raised when an anonymous individual donates a necklace that perfectly matches the bracelet and earrings in Nina’s collection, claiming the pieces belong together. It is this donation that will bring Drew and Grigori together in unexpected ways to uncover the story behind Nina’s fabulous jewels—a bounty said to have been smuggled out of Stalinist Russia when she defected from the country in the early 1950s.

It was there, in Russia, that Nina first learned to dance, fell in love with the handsome poet Viktor Elsin, and struggled with the choice to pursue her craft or begin a family. Nina and her circle of free-thinking artist friends lived in constant fear of Stalin’s disapproval, of arrest and torture by the secret police for unpatriotic behaviour and so-called crimes against the state. Yet when their circle was broken by just such an arrest, a devastating misunderstanding parted the four friends and lovers forever.

“Intelligent, moving, and flitting seamlessly between the artistic salons of Soviet Russia and the Boston of today.” - The Guardian

“Stories within stories start to emerge, as if from a nest of stacking dolls. . . . [A] highly readable saga.” - Independent (UK)

“Tender, passionate, and moving, Daphne Kalotay’s debut novel about ballet, jewels, love, and betrayal is also a delicious form of time travel. I loved it.” - Jenna Blum, New York Times bestselling author of Those Who Save Us

“Sure and suspenseful artistry. . . . The several stories draw together in a conclusion that is surprising, fitting, and satisfying.” - Nickolas Butler, internationally bestselling author of Shotgun Lovesongs and The Hearts of Men

“Warning: You will be awake until 4 a.m. reading Daphne Kalotay’s novel, Russian Winter, a work that near seamlessly marries political terror, romance, and questions about love, art, truth, and the risks we are willing to take to protect them. . . . [She] is a spectacular writer.” - The Oregonian (Portland)

“A satisfying mystery with a finely drawn plot. The secrets at the heart of the novel are treated as delicately, and guarded as carefully, as the precious stones at the story’s centre, and only revealed at the novel’s satisfying end.” - Times Literary Supplement (London)

“Kalotay writes about her characters-artists struggling to dream and survive within the constraints of the Stalinist regime-with sensitivity, humor and wisdom. I believed in these characters and cared about their fates. . . . A captivating and entertaining read.” - Oscar Hijuelos, Pulitzer Prize-winning author of The Mambo Kings Play Songs of Love

“Kalotay has created appealing, well-rounded characters in well-researched settings. . . . This is a briskly paced, fresh, and engaging first novel dealing with the pain of loss and the power of love.” - Booklist

“Engaging and affecting. It could well be the debut novel of the year.” - Philadelphia Inquirer

“Kalotay makes a powerful debut. . . . Entrancing. . . thanks to a skillful depiction of artistic life behind the Iron Curtain and intriguing glimpses into auction house operations.” - Publishers Weekly

“An exceptional debut novel. . . . Delving into Nina’s life with the Bolshoi Ballet, her life among the Soviet Union’s artist community and her escape from the Stalinist regime add glamour and historical flavor to this novel of secrets, intrigue, and wonderfully described priceless gems.” - USA Today 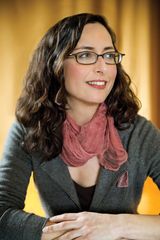 Daphne Kalotay is the author of the award-winning novel Russian Winter, which has been published in twenty languages, and the fiction collection Calamity and Other Stories. She has received fellowships from the Christopher Isherwood Foundation, the MacDowell Colony, and Yaddo, and has taught at Boston University, Skidmore College, Grub Street, and Middlebury College. She lives in Somerville, Massachusetts.

Other Works by Daphne Kalotay