Rage, Race and the Crisis of Identity 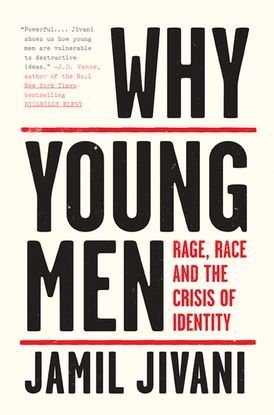 Rage, Race and the Crisis of Identity

Longlisted for the Toronto Book Award

The day after the 2015 Paris terror attacks, twenty-eight-year-old Canadian Jamil Jivani opened the newspaper to find that the men responsible were familiar to him. He didn’t know them, but the communities they grew up in and the challenges they faced mirrored the circumstances of his own life. Jivani travelled to Belgium in February 2016 to better understand the roots of jihadi radicalization. Less than two months later, Brussels fell victim to a terrorist attack carried out by young men who lived in the same neighbourhood as him.

Jivani was raised in a mostly immigrant community in Toronto that faced significant problems with integration. Having grown up with a largely absent father, he knows what it is to watch a man’s future influenced by gangster culture or radical ideologies associated with Islam. Jivani found himself at a crossroads: he could follow the kind of life we hear about too often in the media, or he could choose a safe, prosperous future. He opted for the latter, attending Yale and becoming a lawyer, a professor at Osgoode Hall Law School and a powerful speaker for the disenfranchised.

Why Young Men is not a memoir but a book of ideas that pursues a positive path and offers a counterintuitive, often provocative argument for a sea change in the way we look at young men, and for how they see themselves.

“Powerfully moving and refreshingly clear-eyed, Why Young Men is a brilliant exploration of race, class, hopelessness, and why all too many young men turn to radicalization and violence. This book is a must-read for anyone who cares about solving one of the most important problems of our day.”
- Amy Chua, author of Battle Hymn of the Tiger Mother and Political Tribes

“A provocative and deeply personal response to the question he poses in the title. Whether you agree with his conclusions or not, there’s no denying the vigour of his arguments and the passion in his heart.” - Kamal Al-Solaylee, award-winning author of Intolerable and Brown

“Armed with his personal experience and cleared-eyed analysis, Jamil Jivani addresses a crucial question: why are so many young men prone to violence? Jivani astutely dissects the commonality of causation and searches out solutions. This book is a path forward for us all.” - Mark Sakamoto, author of the number one-bestseller Forgiveness, longlisted for Canada Reads

“Offers an analysis on how young men, especially racialized men, are influenced and provides insights into what society can do about it.” - Now Magazine

“Jivani compels us through the rare lens of lived experience, and he inspires us by immersing himself into a volatile environment to ask real questions and get real answers. More emphatically, he demands discourse as his convincing composition is richest in research. Riveting, courageous and analytically stimulating.” - Michael “Pinball” Clemons, CFL Hall of Fame player, philanthropist and author of All Heart

Jamil Jivani was born and raised in Toronto. He is a visiting professor at Toronto’s Osgoode Hall Law School, where he focuses on issues affecting youth, immigrants and low-income families. He founded the Citizen Empowerment Project, an organization leading initiatives related to policing, racial profiling, democratic participation and economic development. Jivani attended Yale Law School and served as president of the Yale Black Law Students Association. He has worked for a US senator, as a high school teacher in the US and Kenya and as a corporate lawyer in Manhattan. Since graduating he has practised corporate law in Toronto, acted as a management consultant and was named the 2015 Young Lawyer of the Year by the Canadian Association of Black Lawyers.

Other Works by Jamil Jivani