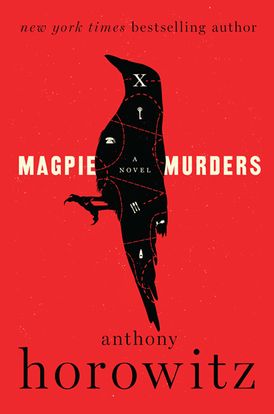 When editor Susan Ryeland is given the manuscript of Alan Conway’s latest novel, she has no reason to think it will be much different from any of his others. After working with the bestselling crime writer for years, she’s intimately familiar with his detective, Atticus Pünd, who solves mysteries disturbing sleepy English villages. An homage to queens of classic British crime such as Agatha Christie and Dorothy Sayers, Alan’s traditional formula has proved hugely successful. So successful that Susan must continue to put up with his troubling behavior if she wants to keep her job.

Conway’s latest tale has Atticus Pünd investigating a murder at Pye Hall, a local manor house. Yes, there are dead bodies and a host of intriguing suspects, but the more Susan reads, the more she’s convinced that there is another story hidden in the pages of the manuscript: one of real-life jealousy, greed, ruthless ambition, and murder.

Masterful, clever, and relentlessly suspenseful, Magpie Murders is a deviously dark take on vintage English crime fiction in which the reader becomes the detective.

“[In The House of Silk,] Watson’s elegiac voice should silence the objections of even the most persnickety Sherlock scholar.” - Sophie Hannah, author of The Monogram Murders

“A compendium of dark delights. . . . A brilliant pastiche of the English village mystery and a hugely enjoyable tale of avarice and skullduggery in the world of publishing.” - Irish Times

“A book firmly rooted in the style of Doyle, faithful to the character as created and with just enough wiggle room to allow the author to say all the things he’s been longing to say about the world of 221B Baker Street...THE HOUSE OF SILK will satisfy.” - Huffington Post

Horowitz has written a humdinger of a Bond story, so cunningly crafted and thrillingly paced that 007’s creator would have been happy to have owned it. . . . From his brilliant first chapter on, Horowitz is a pitch-perfect mimic of the Fleming one-line punch. - Simon Schama, Financial Times

Horowitz . . . delivers the tersely precise prose that makes Bond so compelling, but more than that, he also supplies touches of Fleming’s cruel poetry. . . . A brisk and effective ride. - The Guardian

Great fun . . . [for] readers who can’t get enough of James Bond at his coolest and suave-est. - Seattle Times

“This can only be described as incredibly clever—but what else would you expect from Horowitz?” - The Herald (Glasgow)

“There’s much to enjoy in Anthony Horowitz’s spry, sardonic Magpie Murders.” - The Guardian

“The heart of any good thriller is the plot, and…Horowitz doesn’t disappoint. The action moves with high velocity…. Also stays true to the Bond of Fleming’s books.” - New York Times Book Review

“Anthony Horowitz has devised a fiendish mystery within a mystery that will have you hooked from page one. We loved this Agatha Christie-esque crime novel.” - Good Housekeeping (UK)

“…fiendishly clever new thriller…In true Conan Doyle tradition, all the clues are skillfully hidden in plain sight, but readers will sail right past them until a shocking twist forces them to replay the entire sequence of events in their heads, begrudgingly admiring the author for his audacity.” - Bookish

“The Atticus Pund story is superbly written, with great suspects, a perfect period feel and a cracking reveal at the end.” - The Spectator (UK) 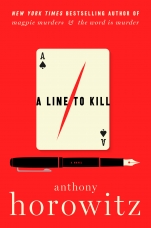 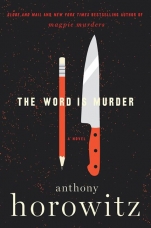