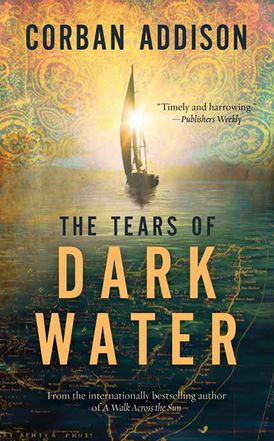 November 2011: Somali pirates hijack a sailboat, taking Americans Daniel Parker and his teenaged son, Quentin, hostage. The tense standoff orchestrated by negotiator Paul Derrick ends in tragedy, leaving Quentin’s mother, Vanessa, struggling to maintain hope. The pirates are extradited to stand trial in the United States, and a young man named Ismail is identified by his cohorts as their leader.

Fearing that the truth will endanger the only person he has left in the world—his sister, Yasmin—Ismail stays quiet, but his lawyer’s investigation threatens everything as she traces Ismail’s journey from Mogadishu to a Kenyan refugee camp to the large Somali immigrant community in Minneapolis. As tension mounts, Ismail must put everything on the line to reveal the truth behind the attack.

“The conclusions [the characters] reach about the importance of forgiveness and the need for cross-cultural understanding could not be more timely. A fast-paced thriller that puts its humanitarian moral at the forefront.” — Kirkus Reviews

“An exquisitely worded, thoughtful novel about the meaning of family, commitment, and love. . . . Definitely a book to be savored.” — RT Book Reviews (4.5 stars)