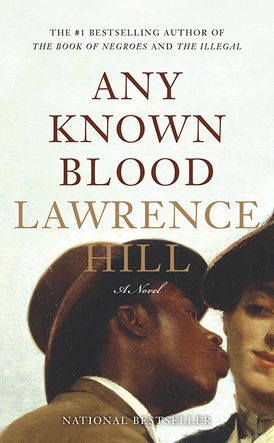 Langston Cane V is thirty-eight, divorced and working as a government speechwriter, until he’s fired for sabotaging the minister’s speech. It seems the perfect time for Langston, the son of a white mother and prominent black father, to embark on a quest for his family’s past--and his own sense of self.

Any Known Blood follows five generations of an African-Canadian-American family in a compelling story that slips effortlessly from the slave trade of 19th-century Virginia to the modern, predominantly white suburbs of Oakville, Ontario--once a final stop on the Underground Railroad. By turns elegant and sensuous, wry and witty, Any Known Blood is an engrossing tale about one man’s attempt to find himself through unearthing and giving voice to those who came before him.

Illuminates 150 years of little-known black experience on both sides of the Canada-U.S. border. At the same time, Hill’s characters remain deeply realized creations that exert a strong imaginative pull. - Maclean's

Hill takes his place among a growing number of writers in this country who have an important story to tell, and the ability to dignify it with writing that is both spellbinding and rewarding. - Montreal Gazette