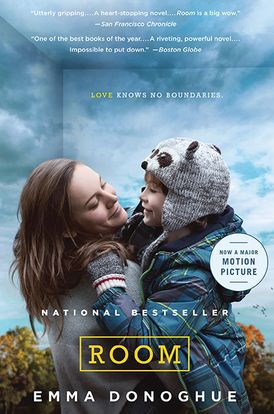 Now a Major Motion Picture starring Brie Larson and William H. Macy #1 International Bestseller Winner of the Rogers Writers’ Trust Fiction Prize Winner of the Commonwealth Writers’ Prize for Best Book (Canada and Caribbean region) Winner of the Hughes & Hughes Irish Novel of the Year To five-year-old-Jack, Room is the world. It’s where he was born. It’s where he and Ma eat and sleep and play and learn. There are endless wonders that let loose Jack’s imagination-the snake under Bed that he constructs out of eggshells; the coziness of Wardrobe beneath Ma’s clothes, where she tucks him in safely at night, in case Old Nick comes. Room is home to Jack, but to Ma, it’s the prison where she’s been held since she was nineteen-for seven long years. Through her fierce love for her son, she has created a life for him in that eleven-by-eleven-foot space. But Jack’s curiosity is building alongside her own desperation, and she knows that Room cannot contain either indefinitely . . . Told in the inventive, funny, and poignant voice of Jack, Room is a celebration of resilience-and a powerful story of a mother and son whose love lets them survive the impossible.

Born in Ireland, national bestselling author EMMA DONOGHUE spent many years in England and now lives in Canada. Her books include Room (basis for the Oscar-nominated film), Slammerkin, and The Pull of the Stars. Her novels have been translated into eight languages.