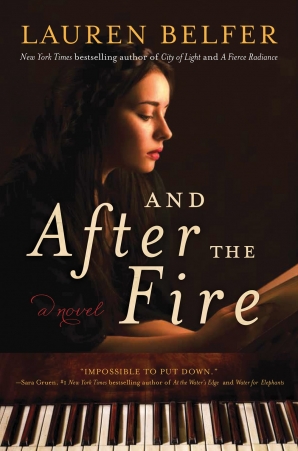 For fans of The Imposter Bride and Sarah’s Key, a masterful new novel from Lauren Belfer, the New York Times bestselling author of City of Light and A Fierce Radiance

Susanna has the perfect New York City life: a great job, a loving husband and a beautiful apartment. But when a random act of violence tears it apart, she’s left to pick up the pieces alone. Just as she begins to feel whole again, her beloved Uncle Henry commits suicide—leaving behind a cryptic note that alludes to his haunting WWII experience as an Allied soldier in Germany . . . and something he took from the devastated country before returning home.

The daughter of the king’s Jewish banker, Sara is among the elite of Enlightenment-era Berlin. Beautiful, intelligent and a gifted pianist, she hones her musical talents under Wilhelm Friedemann Bach, son of Johann Sebastian Bach. They share a special bond, but while her life is just beginning, his is coming to an end. On his deathbed, Wilhelm bequeaths Sara the score of one of his father’s cantatas. Sara is stunned to see its violently anti-Semitic lyrics. Why did her beloved want her to have this horrifying document?

Weaving together the stories of Susanna and Sara, Lauren Belfer creates a majestic narrative that spans lifetimes and continents, encompassing both the best and the worst of the human spirit. The cantata’s troubled, riveting journey reveals that the two women have more in common than the score, and what Susanna learns may be the thing that can, finally, allow her to heal and move on.

A remarkably suspenseful story, a literary thriller in the tradition of A.S. Byatt’s Possession. - Kirkus Reviews

Blending the gorgeousness of Bach and the horror of anti-Semitism over several centuries should make for unsettling contemplation, and readers of Belfer’s . . . know that the author will be meticulous with both fact and fiction. - Library Journal

“Her most compelling [novel] yet. . . . Told with lyrical beauty . . . the novel is like the lost cantata itself, revealing our capacity for darkness, redeemed by the power of unconditional love. A dazzling, transformative novel. Highly recommended.” - Historical Novel Society

“[A] compelling blend of fact and fiction. . . . Based on impressive research, this remarkable novel spans centuries and continents, touching finally on the Holocaust and serving as a paean to Bach’s music.” - Booklist (starred review)

“A remarkably suspenseful story, a literary thriller in the tradition of A.S. Byatt’s Possession.” - Kirkus Reviews

“A fascinating historical novel and poignant love story that will open the eyes and ears of music lovers and please those who enjoy a graceful, spellbinding tale pondering important questions.” - Library Journal (starred review)

“Like all good novels, And After the Fire joins several colourful threads into one literary cloth of remarkable texture and strength.” - Canadian Jewish News 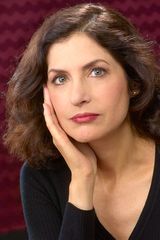 Lauren Belfer’s novel A Fierce Radiance was named a Washington Post Best Novel; an NPR Best Mystery; and a New York Times Editors’ Choice. Her debut novel, City of Light, was a New York Times bestseller as well as a number one Book Sense pick; a New York Times Notable Book; a Library Journal Best Book; and a Main Selection of the Book-of-the-Month Club. She lives in New York City.

Other Works by Lauren Belfer