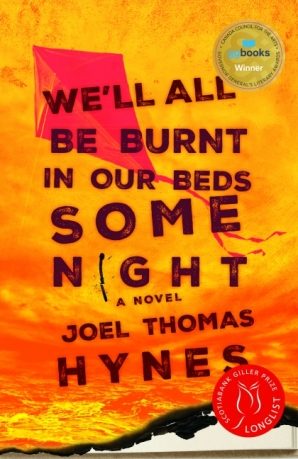 Scrappy tough guy and three-time loser Johnny Keough is going a little stir-crazy awaiting trial for an alleged assault charge involving his girlfriend, Madonna, and a teapot. Facing three to five years in a maximum-security prison, Johnny knows this might just be the end of the road. But when Madonna doesn't show up for court due to a fatal accident, shell-shocked Johnny seizes his unexpected “clean slate" as a sign from above and embarks on an epic hitchhiking journey across Canada to deliver her ashes to a fabled beach on the outskirts of Vancouver.

Johnny's wanderings see him propelled in and out of the driver's seat of stolen cars, knocking heads with cagey cops, nearly decapitated by a moose, coming face-to-face with his incarcerated biological father in a Kingston jail, and finding surprising connections with strangers on the lonely road west. But most of all, he revisits the choices and mistakes of his past—his relationships with his adoptive father and a cousin who meant the world to him, and his first real chance at love with the woman who is now lost to him.

We'll All Be Burnt in Our Beds Some Night is the story of one man's kicking-and-screaming attempt to recuperate from a life of petty crime and shattered relationships, and somehow accept and maybe even like the new man emerging from within, the one he so desperately needs to become.

“The fiction of Joel Thomas Hynes is filled with broken characters, unfulfilled dreams, and lost opportunities. He’s like Canada’s Irvine Welsh. ” — The Globe and Mail, Most Anticipated Books of the Year

“Joel Thomas Hynes has developed one of the most distinctive and recognizable voices in the Canadian literary canon. . . . [We’ll All Be Burnt in Our Beds Some Night] takes the reader to some dark places, infused with a strain of black humour.” — Quill & Quire

“Hynes observes a small, raw slice of [Newfoundland] culture that won’t appear in tourism ads or Broadway musicals, but one that is universal to hardscrabble small-town life.” — <em>Waterloo Chronicle</em>

“Some fictional characters explode into your imagination and won’t let you be. . . . Hynes’ writing is coarse and musical and completely absorbing, even addictive. He can’t write a sentence that doesn’t crackle or sing. Every page convinces.”
— <em>Atlantic Books Today</em>

Other Works by Joel Thomas Hynes